"Thank you and goodbye".

It’s a gorgeous day in Charleston. The sun is out and the temp is a sweet 75 degrees. Alison and I decided to meet at her home today for our little chat. I find her sitting at the pool enjoying the spring like weather.  She doesn’t notice me approaching. Her head is down and her focus intense. As I walk up I clear my throat a couple of times trying to get her attention.


I pull a chair over to the table she’s at and sit.


I tilt my chin toward her lap.


Alison: It’s my new Kindle Paperwhite. I lurve it!


She holds the ereader up proudly and smiles.


Alison: The Sweet Gum Tree. It’s really good so far. It starts off with the two main characters, Alix and Nick as children.


So, are you ready for today’s question?


Tweet: There are a lot of quotable lines in both Present Perfect and Past Imperfect. One of the lines that gets quoted a lot is, “Everyone deserves a thank you and goodbye.” Where did the idea of that line come from?


Alison: That line is directly related to my father, Dreher Gaskin. It’s unfortunate that when we have great parents that we don’t always fully appreciate them until we are adults. I was very blessed to have parents who were my parents while I grew up. Later on they became my friends, but as a kid they were strictly my parents.


My dad was a big guy, standing 6’4. He played football in high school as well as in college and was drafted by the Detroit Lions. I always looked up to him. No matter how old I got I looked to him as the one person who had all the smart answers. He was honest, reliable, funny, and loved his family more than anything. I always felt bad for him. Here he was this big athlete and he ended up having two girls. It never bothered him, though. My sister ran track and played basketball, so he did have an athlete in the family, just not a football player.


I, on the other hand, was as un-athletic as you could get, but my dad still found ways for us to spend time together. We would go fishing and during the holidays he’d take me to the local Christmas parade. He wasn’t a huge fan of the holidays, so the fact that he endured a parade speaks volumes. One of my best memories of him was when I got sick and had to have blood transfusions, which took all day and was extremely boring. He would always take me to the Dairy Queen for supper. Back in the 70’s people didn’t go out to eat like they do now, so it was an extra special treat. We went there so many times during one holiday season that I collected eight Santa glasses that I still have today. These are real glass glasses with Santa painted on them. I’m sure the paint used was loaded with lead, but back then lead was good for you. Ha-ha.


When I was diagnosed with aplastic anemia and my parents found out the bone marrow transplant was the only hope, my dad moved the family to Seattle. The Fred Hutchinson Medical Center was one of only 3 places they were performing the BMT on people. One of the main physicians was at The Hutch, so that’s where we went. My dad was out there with me, my mom, and sister for as long as possible before he had to return to Charleston and his job. I don’t know how many trips across country he made during the 4 months we were out there, but there were a lot. That was my dad, though. He’d do anything for his family. We were never a family who went around saying “I love you” all the time, but I always felt the love through actions.


In Jan 2011 my dad got sick. He was in the hospital for three and a half months before he passed away. Me, my mom, and sister were with him every day and into the night. During those three months I connected with my dad more than any other time in my life. See, I knew how to be a patient. I had had a lot of practice during my life. I was never as proud of my dad as I was while he was sick. His strength and humor was incredible.


On April 11 at 9:30 am, my mom and I were just pulling into the hospital parking lot when the call came that daddy was having trouble breathing. Now we had gotten this call on four other occasions and he pulled through. By the time we reached his room he had passed away. I never got a chance to say the words “thank you and goodbye”. He knew how much we all loved him through our actions, but still not saying those words haunted me for a long time.  Somehow I ended up being the one who wrote his obituary. There was a lot of talk about including his sports career—his college football records, being inducted into the South Carolina and Clemson Sports Hall of Fame. I, of course, included his sports accomplishments, but he was so much more than that. I wanted people to know the man, the father, and the grandfather he was. It was my chance to give him his “thank you and goodbye”. 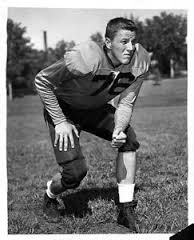 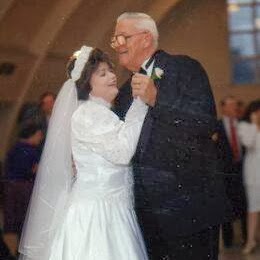