Aug, one hell of a month. 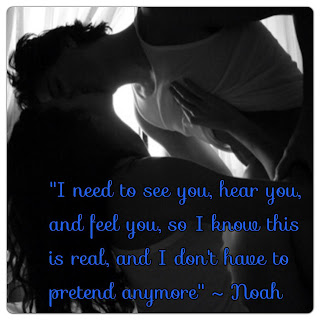 I suck at blogging. Let's just get that out of the way.

This month has been incredible, exciting, thrilling, overwhelming, touching, life changing, frustrating, surprising, and utterly emotional for me. I'm attributing my extreme swings to the amazing response that Present Perfect has recieved. Although it could be perimenopause, but let's go with the response to the book.

Never in my wildest dreams did I think my book would touch so many people and elicit such passion and strong feelings (good and bad) from the readers. Honestly, I was hoping to sell at least 250 books to make back my money and a little extra.  I know I sound like a broken record, but  THANK YOU! I will never be able to say it enough. If I could hug you all I would. (Well, not the creepy guys who want to be my Facebook friend, but the rest of you for sure.)

In one month my goals have not only been met they have been hit right out of the park. Book sales  have been mind boggling as well as the reviews. Present Perfect has been consistantly one of the top rated books in New Adult on Amazon since its release. Its been voted as one of the top summer reads this year and it released late in the summer. The notes I've recieved from people have been one of my most favorite and touching things about the book coming out. Present Perfect brought me back to something I used to love to do, writing. I now have a literary agent (Amy Tannenbaum of the Jane Rotrosen Agency) and new career. I don't know what the future holds for Tweet and Noah, but I know it will be exciting.

Just to update you guys... I've completed edits on Present Perfect that Amy suggested. Basically tightening up the beginning of the story and adding a few new things including a new Dalton scene.  I'm currently working on Past Imperfect, Brad's story. I don't have a release date as of yet. It's been stop and start with Brad a good bit with my attention being on getting Present Perfect re-edited. Brad's book has a different feel to it for me than PP. It's a little darker than I thought it would be, at least it is so far. :) After Brad, I'm toying with a book from Noah's POV and possibly a Dalton novella.

Appearances-I'm scheduled to be at the Sweet as a Peach signing in Cummings, Ga. April 5, 2014 and the Sothern Girl Author Event in Greenvile, NC on July 19, 2014. Hopefully, I will be able to take part in a few more during 2014.

So, there you have it...my tentative plans for the future. Again, thank you for one of the best rides of my life. I will never forget it and will always be appreciative. 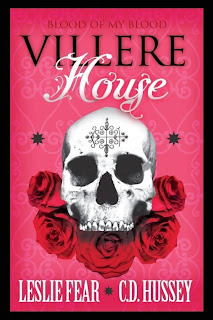 Blurb:
The last thing college senior Lottie Boyd expected while on spring break in New Orleans was having strange, yet vivid dreams of a 19th century young widow, desperately trying to save her dying little girl. When doctors are unable to do more, the beautiful woman in Lottie’s dreams is forced to go beyond her beliefs for one last attempt.
Compelled to find answers, Lottie is drawn toward the historic Villere House of Voodoo, where she meets the owner, Xavier Villere. She is attracted to his intriguing creole good looks, but his skepticism of his family's century-old link to Voodoo and the occult keep pushing her away. It isn’t until Xavier begins experiencing unexplainable events from his own past that he begins to understand why he must help Lottie with hers.
Coming Early Fall, 2013
http://www.goodreads.com/author/show/7202737.Leslie_Fear
https://www.facebook.com/pages/CD-Hussey/229054990442307
http://www.goodreads.com/book/show/18275576-villere-house
https://www.facebook.com/author.leslie.fear

Interview with Noah from Present Perfect

This is a little something to thank everyone for all the support you've given me and Present Perfect, currently #3 Top Rated New Adult on Amazon. 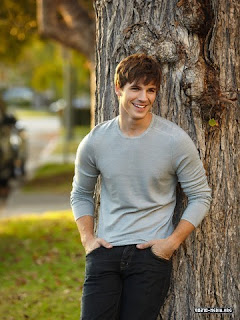 I’m a mixed bag of emotions as I walk into the Hungry Lion Café to interview Noah. I’m excited, happy, and can already feel a swoon coming on just thinking about him. I’m also frustrated. I have questions that I want answers to that I know he won’t be able to give me.


I immediately spot him sitting in a booth towards the back of the café. He is striking. He’s dressed in a pair of black basketball shorts with a white stripe down the leg, a white Nike t-shirt, black and white Nike shoes, and his red Red Sox baseball cap, turned backwards. Noah is the type of guy who can jump out of bed, throw on the first thing he grabs, run his fingers through his hair a few times and still look like he stepped out of GQ magazine. There’s a confident, easy sexiness about him that takes my breath away.


As I walk towards the booth he spots me and stands. (Such a sweet southern gentleman.)


Noah: “Hey, Alison. It’s great to see you again.” Like any gentleman, he waits to sit until I do.


AB: “A Diet Pepsi would be nice.” He gives me a slight smile and then motions for the waitress who comes and takes my order and refills Noah’s glass with sweet tea. “Thank you for taking the time to answer a few questions.”


AB: “I know you won’t be able to answer everything.”


Noah: “I will do my best to give you what you want.” I look up into mischievous light blue eyes and a sexy grin.


AB: “Great. Thank you.” I clear my throat. I just had a full on swoon.  Just then the waitress brings my Diet Pepsi. Thank god it’s loaded with ice. I’m a little warm. “So I asked some readers what questions they wanted to ask you.”


AB: “Let’s just jump right in. Why did the name Tweet stick with you?”


Noah: “When I saw her standing at the end of the driveway, I thought she looked like such a sweet tweety and when it came out of my mouth it came out as Tweet.”


AB: “You never called her Amanda after you gave her that nickname. Why?”


Noah: “Amanda was someone’s daughter, sister, and friend. Tweet was all mine.”


AB: “How did you feel when you first realized your feelings were growing for Tweet?”


Noah: “Excited and lucky that I had found the love of my life.”


AB: Swoon number two. “After the baseball game where you won the championship for the Tigers, how did you feel on the field before you spotted Tweet in the stands?”


Noah: “I felt happy, proud, but it felt empty until I saw her up in the stands smiling at me. Her being there made the win complete and better. It was such a selfless thing for her to do because she never liked or understood the game.”


Noah: “Yes, all of the above. It was hard for me to understand how she looked at herself because I always thought she was incredible. Is she perfect? No, but she’s perfect for me. No matter what our relationship ends up to be, no one will ever have my heart and soul like Tweet.”


AB: “Was it hard moving on when Tweet distanced herself from you?”


Noah: “I never moved on during those times. I wasn’t able to.”


AB: “So you and Tweet shared all your firsts except one.”


Noah: Sadness and regret takes over his features when he answers. “That’s the biggest regret of my life so far. I don’t have any excuse. I was stupid, lonely, and drunk.” Those beautiful light blues start to get watery. I feel like it’s time to end the interview.


AB: “Let’s end with a couple of fun less intense questions. Where did the term smurffucker come from?”


Noah: A smile immediately crosses his face. “Tweet and I used to watch the Smurfs every Sat morning. Tweet loved them. I came up with smurffucker to let her know how horrible a person was. Anyone who would do that to a Smurf would have to be scum to the tenth power.”


AB: “Okay, remember these questions are from readers. Why are you so sexy?”


Noah: A huge belly laugh escapes him. “I didn’t realize I was.”


AB: Play dumb. You’re not good at it.” We simply smile at each other and I swoon AGAIN. “Thank you Noah for taking the time to answer these questions. I know some were not easy.”


Noah: “You’re welcome. I was happy to do it. I really appreciate people caring so much about me and Tweet.”


When twenty-six-year-old graphic designer Lily Moore shapeshifts for the first time, Atlanta police detectives consult wildlife experts to sort through the bizarre forensic evidence she leaves in her wake. Her traumatic transformation coincides with murder and Lily finds herself the center of a mad vortex of area crimes.
On the run, Lily turns to her younger brother to help unravel the secrets surrounding her boyfriend’s death as well as unlock the mysteries of their Chinese heritage. When a loved one goes missing, Lily finds herself scrambling to find purchase in this new world where there hasn’t been balance for a century.
As she learns to master her new preternatural abilities, she must cut through the lies of those around her. With the police and a killer hot on her trail, can she solve the mystery of being First Born or will family secrets prove deadly?

Nose stuck in a Book http://ycervera.blogspot.com/

New Kid With a Book http://authorkatiemac.blogspot.com/

Into the Night Reviews http://intothenightbookreviews.blogspot.com/

Through The Writers Lens http://www.triciazoeller.com/through-the-writers-lens-blog.html 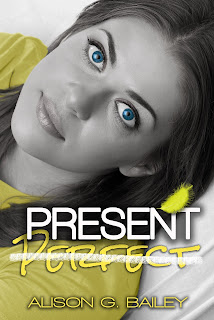